OZFund is bringing new workforce housing to the City of Lancaster.

A nationwide stall in new housing construction came at a bad time for the city, where soaring rents and unmet demand at both ends of the income spectrum were a problem before the emergence of the corona-virus pandemic.

After a difficult year for the building industry, which saw seesawing prices for materials and trouble finding available workers for projects, LNP | LancasterOnline checked in on the major residential projects planned for the city in the coming years. The following is an update on those projects and where they are in the development pipeline at the start of 2022.

The group is led by Jeremy Feakins, a local entrepreneur. JPF Venture Group has billed the project as Lancaster’s first workforce housing development in more than 50 years.

A few specifics of the project have changed slightly since last year. The number of one- and two-bedroom units proposed is now 69, down from 72. The project also calls for ground-level space meant for a grocery store. The plan also includes a rooftop garden on the five-floor building, according to the city’s chief planner, Douglas Smith.

In December, JPF Venture, under the name OZ Fund Inc., won a $1 million state grant to build affordable homes for working families in Lancaster. The developer had originally applied for $5 million.

The project is using the federal Opportunity Zone program –— an economic development initiative funded through tax breaks on income generated by capital gains. Instead of getting taxed on profits made by selling assets like real estate or stocks, wealthy individuals or investors can opt to receive a break by parking those profits in a fund for at least 10 years.

Feakins said Opportunity Zones are not widely known, but JPF Venture has been able to attract investors in the region who care about creating affordable housing.

“That’s probably a more overriding factor for investors rather than what the government’s giving back in terms of tax breaks,” Feakins said. 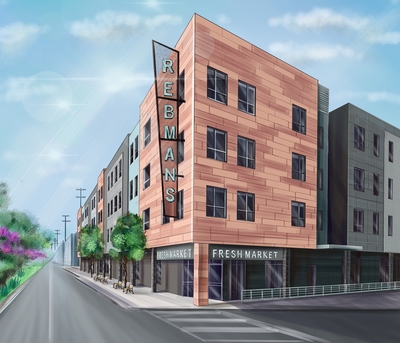 Get in Touch with JPF Venture Group, Inc.